Join Wine Enthusiast in a discussion with industry leaders about what’s next for hospitality.       The events of the last year and a half have challenged the restaurant industry more than any other in history. As patrons were forced to stay home, issues around the business model as […]

Join Wine Enthusiast in a discussion with industry leaders about what’s next for hospitality.

The events of the last year and a half have challenged the restaurant industry more than any other in history. As patrons were forced to stay home, issues around the business model as a whole, as well as compensation, working conditions and supply chains bubbled up to the surface. While many people are returning to dining rooms, it’s clear there’s no “normal” to go back to. So, what will restaurant dining become? Tune in to find out.

Subscribe to Wine Enthusiast Newsletters
Get the latest news, reviews, recipes and gear sent to your inbox.

Thank You! We’ve received your email address, and soon you will start getting exclusive offers and news from Wine Enthusiast.

Why You Should Attend:
We all love exploring restaurants and their wine lists. This panel will give you a deeper understanding of all the moving parts that go into making your experience good or bad, and it might just give you a new appreciation for this delicate dance.

What Attendees Will Learn:
Panelists will discuss specific challenges within restaurants, before, during and after the pandemic. You’ll learn what would be needed to make the restaurant industry safer, healthier, more sustainable and best of all, more enjoyable.

Layla Schlack
Associate Managing Editor, Print, Wine Enthusiast
Instagram | Twitter
Reviews wines from Alsace. Schlack has written and edited stories about cooking, dining, spirits, entertaining and travel, as well as developed recipes, in various editorial roles at Fine Cooking and Hemispheres. Her writing has won a NATJA award. When she’s not editing Wine Enthusiast’s food, spirits and entertaining stories, she can usually be found clanging around her Connecticut kitchen, beverage in hand, trying to re-create some tasty meal she’s had over the course of her travels.

Joshua Fryer
General Manager & Beverage Director, 8ARM
Facebook | Instagram | Twitter
A bartender for 19 years, Joshua has worked in restaurants and bars in D.C., Wilmington (DE), St. Augustine, Orlando, and his hometown of Nashville before landing in Atlanta 11 years ago. In Atlanta, he worked at Ration & Dram and The Lawrence before launching the beverage program at 8ARM in January 2017. He is a sommelier, specializing in natural wine, kimoto sake, no-dosage rum, and oolong tea.

John O. Morisano
Cofounder / Managing Partner, The Grey
Facebook | Instagram
Johno Morisano is the co-founder and managing partner of The Grey and The Grey Market in Savannah, where he oversees guest experience, business growth and strategy alongside co-founder and executive chef Mashama Bailey. The duo co-wrote Black, White and The Grey, which explores the partners’ challenges navigating race, class and culture while building businesses, relationships and community in the South. In 2019, with Pulitzer Prize-nominated journalist Meg Coker, Morisano co-founded The Current, a nonprofit investigative news bureau covering Savannah and coastal Georgia. Morisano currently sits on the boards of the Edna Lewis Foundation as well as the Grey Matters Project, a community-oriented nonprofit he started in memory of a past team member at The Grey. This fall, Morisano and Bailey debut two new restaurants, The Diner Bar and The Grey Market-Austin in the forthcoming Thompson Austin.

Carlin Karr
Wine Director, Frasca Hospitality Group
Facebook | Instagram | Twitter
Carlin Karr, Wine Director of Frasca Hospitality Group, has been a member of the Frasca wine team since 2012. She oversees the award winning wine programs at Frasca, Pizzeria Locale, Tavernetta, and Sunday Vinyl in Boulder and Denver. After graduating from the University of Colorado in 2008, Carlin moved to San Francisco, where she opened the restaurant Sons & Daughters as General Manager and Wine Director. Carlin is recognized as an “Advanced Sommelier” by the Court of Master Sommeliers. Carlin has been recognized in Food & Wine’s Sommeliers of the Year 2018, Wine Enthusiast “40 Under 40” in 2019, Forbes “30 under 30” in 2011, Wine & Spirits Magazine “Best New Sommeliers”, and Eater “Young Guns”.

Eric Rivera
Chef / Owner, Addo
Facebook | Instagram | Twitter
As a graduate of the Culinary School at the Art Institute of Seattle, Eric traces cooking back to when he was a small child. Growing up in a Puerto Rican family that celebrated food, Eric often cooked with his grandfather. Despite his early connection with the kitchen, Eric pursued jobs in mortgage and insurance, but eventually he found himself drawn back to food. His journey to Eric Rivera Cooks, a restaurant group, has taken many noteworthy twists and turns, including a three-plus year stint at Alinea restaurant in Chicago, where he was Director of Culinary Research Operations working alongside chef-owner Grant Achatz. After that, he moved back to Seattle to help open a few restaurants for restaurateurs in the city before forging his own path. Now, with his own restaurant group, Eric plays to his guests’ sense of discovery. Addo is the flagship project for his restaurant group where many projects are in the works that will someday find their own home outside the Addo ecosystem.

Column: Mama taught me 'homemaker' is a person of life’s most important occupations

Wed Jul 28 , 2021
The past 10 years of her existence, Mama after reported, have been the happiest of an very delighted, fulfilling lifestyle. Daddy had “made his way to the Lord” a ten years just before Mama did, so for the final chapter of her everyday living, Mama was equipped to “loafer” and […] 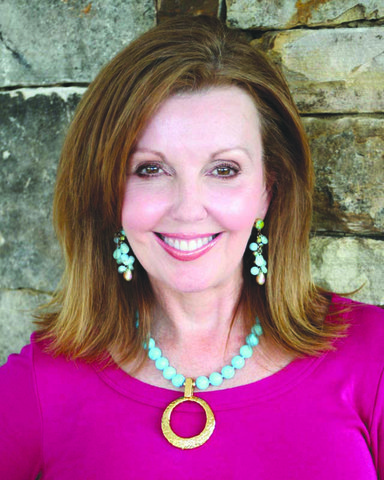